From fruit juice to green pharmaceuticals and seawater to more sustainable electronics, new innovative technologies are helping lay down the foundations for a circular economy of water – thanks to several EU funded research projects.

Society has evolved to extract water from limited resources, but new circular economy technologies are turning the tide on this linear mind-set by tapping into an unexploited reservoir of sustainable raw materials.

One such lucrative circular opportunity is emerging from the fruit juice industry. Washing and processing fruit for this sector generates a large volume of dirty water, but this leftover ‘waste’ also contains a range of valuable materials that can be recovered for pharmaceutical applications. There is also unused biomass, like fruit skin and seeds, which can be sold as animal feed or fertiliser.

According to Dimitri Iossifidis, founder of Greener than Green technologies, a sustainable innovation company, it’s only when the fruit juice leftovers are thrown away that waste is created and “until then it’s a resource”.

Greener than Green has developed a circular approach that makes these fruit juice leftovers into something valuable. It uses a transportable wastewater treatment plant to recover materials and then processes them into a range of new sustainable products. “We can move this unit around to different facilities and grab the valuable compounds, while reclaiming water,” Iossifidis said.

The company is also a member of the Ultimate project consortium, an EU-funded initiative creating economic value for different sectors through a concept called ‘Water-smart Industrial Symbiosis’. This approach reframes wastewater as not just a reusable resource, but also a carrier of energy and valuable components that can be extracted, treated, stored and reused. Ultimate supports Greener than Green to advance this approach in the agri-food sector and will help the portable treatment plant be trialled and commercialised in key fruit producing countries, like Greece and Israel.

These two Mediterranean markets were targeted because of their big olive oil and fruit juice sectors, both of which produce wastewater rich in resources and offer a new revenue stream for the agri-food sector. But despite these economic benefits, there is still a commercial issue to overcome.

In Iossifidis’ experience, most fruit and vegetable processing companies don’t have environmental policies, which could limit their interest in the circular economy and material recovery. His solution is a two-tiered strategy to get as many businesses involved as possible – smaller companies can lease the transportable treatment plant to save water, and Greener than Green can sell the recovered resources, while bigger customers can take the premium offer and keep the circular by-products for themselves.

And he says the more these materials are commercialised, the greater the economic incentive is to clean water – which helps increase the resilience of many fruit producing countries against droughts and heatwaves.

Around 200 million people around the Mediterranean are currently affected by water scarcity and this has seen many countries turn to desalination plants to make seawater drinkable, but this process also generates wastewater that is often dumped back into the ocean.

When desalination plants transform seawater into drinking water, they condense salts, metals and other compounds into something called brine. This leftover liquid is considered of little worth and typically discarded, but the brine is also a source of valuable materials waiting to be recovered.

According to Sandra Casas, a water expert from the Eurecat Centre of Technology in Manresa (Barcelona, Spain) making seawater safe to drink at a desalination plant could help the Mediterranean reduce pollution in oceans and become a new source for sustainable metals and minerals.

“Metals are usually concentrated in the initial desalination process, but normally they’re discharged back into the sea,” Casas said. “We want to recover these metals and bring them back to the market.”

Casas is part of the coordination team at Sea4Value, an EU project aiming to extract and commercialise resources from seawater brine, specifically magnesium, boron, scandium, gallium, vanadium and indium, lithium, rubidium and molybdenum. This initiative will introduce radical innovative technologies demonstrated at two desalination plants, one in the Atlantic Ocean (Fonsalia, Canary Islands) and the other in the Mediterranean (Denia, Spain). These plants will trial innovations like 3D-printed adsorption modules and coated nanofiltration membranes that treat brine and concentrate it in a way that metals and minerals can be harvested cost-efficiently. 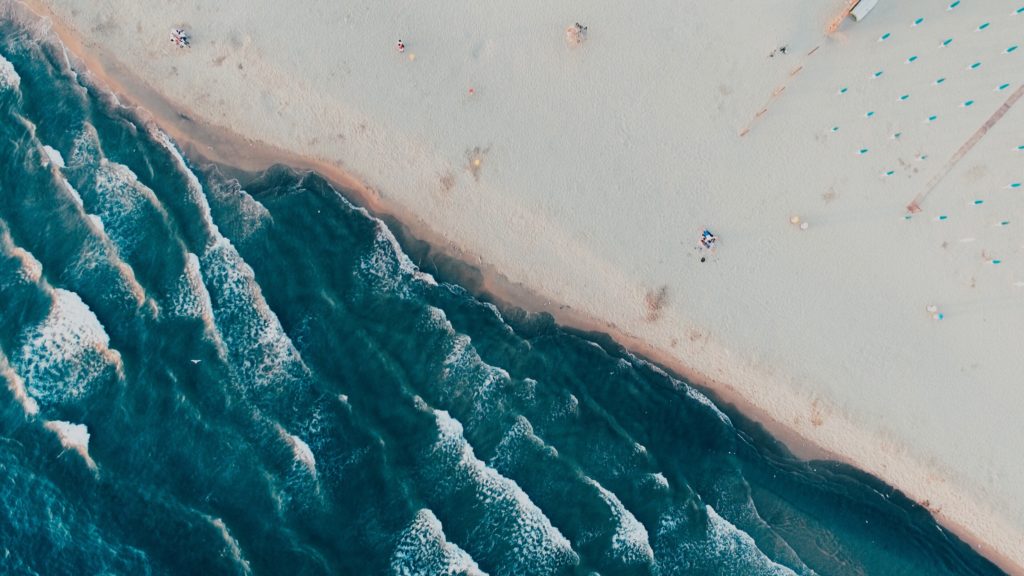 “The number of desalination plants are increasing because it’s an easy way of producing drinking water for people near coasts, where 40% of the population of Europe lives,” she said, adding this could give the circular economy “a huge amount of minerals to recover”.

This opportunity would also go a long way in making our electronic devices more sustainable too. A single smartphone might contain up to 62 different kinds of metals, but these metals often come from mines in places like China, Russia, Kazakhstan and Chile, where traditional mining efforts cause huge impacts to the environment.

Casas thinks scaling up Sea4Value’s approach could someday help desalination plants replace some of these materials and even see brine become the EU’s third main source of critical raw metals and minerals, behind traditional mining and recycling. “If we are able to recover these metals locally, and in a cost-effective way, it makes more sense than depending on these imports,” she said.

Water utility companies are increasingly attracted by the circular economy’s potential to generate profits from waste, but before they invest in any solution, they need to know a technology works and is profitable – and that’s where start-ups come in.

Charles-Xavier Sockeel, a sustainable business engineer at Strane Innovation, a start-up studio in France, explains that these companies pay huge expenses in managing and disposing of wastewater “so they see the circular economy as a way to save money”.

“We see a symbiosis between the water sector and other industrial sectors,” said Sockeel, adding that Strane Innovation are approaching utility companies to showcase the commercial opportunities in treating and transforming wastewater into products for other markets, like building materials or fertilisers.

To make this happen the start-up specialists teamed up with NextGen, an EU-funded project that brought together 30 different organisations to demonstrate technological solutions for the circular economy of water. 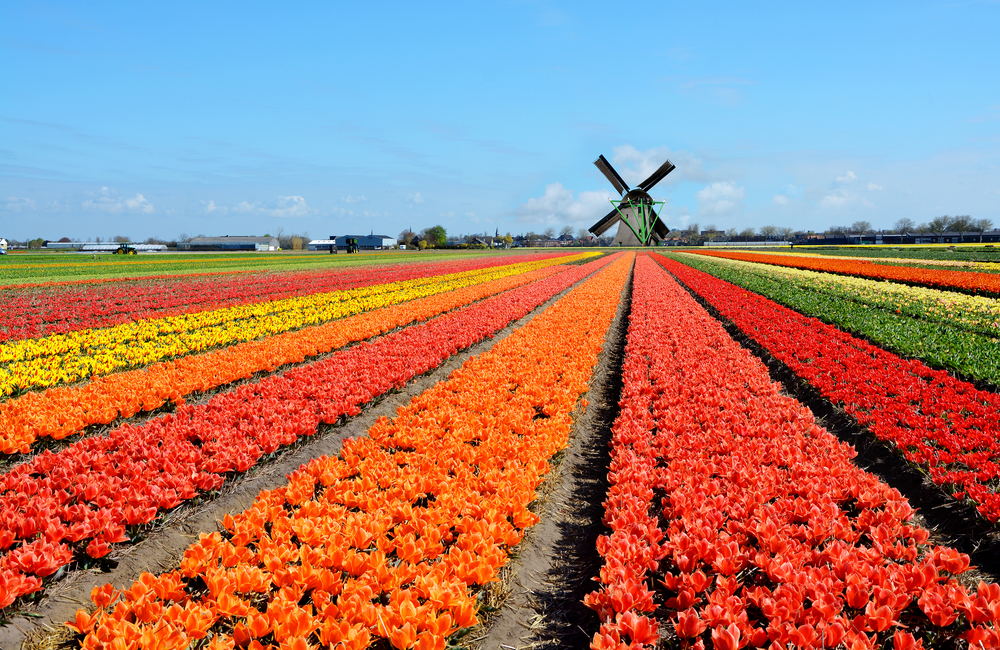 Sockeel’s role is to analyse NextGen’s tried and tested technologies to see where else they could be scaled up. One promising example is a portable wastewater mining unit in Greece, which was successfully trialled in Athens where it extracted sewage before cleaning and reusing the wastewater to irrigate a public park. The unit not only helped reduce water demand, but also offered a rapid composting process that turned any leftover plant materials into fertilisers.

Strane Innovation is now working on commercialising this circular technology by exploring where else it could be successful. “The first step is to map where else we have a similar sewer network,” Sockeel said, adding that once a market for any of NextGen’s technologies is identified they can conduct a feasibility study and develop a business plan.

Unfortunately, the start-up company continues to encounter a common obstacle to circular solutions – regulation. “It’s still one of biggest barriers in Europe,” Sockeel said, adding that EU member states often have incompatible, time-consuming, and costly paperwork to determine if reused water or harvested materials are safe to be reintroduced back into the market.

Sockeel says that the sooner a more harmonised regulatory playing field exists the better it is for NextGen solutions, but he still believes there are profits to be made in the meantime. “The circular economy in the water sector is already mainstream,” he said, adding that scaling up solutions is just a matter of showcasing the business model of sustainable water use.

Article is published in:

There are rising cases of #waterscarcity in many countries. Each country suffering #waterstress has developed their own... way of dealing with it. Networks like @Water_share help sharing knowledge to mitigate damage.
Read our new article!
https://t.co/niKz1shJoy
#WSIS
@KWR_Water

Want to know more about the #innovative #solutions & #technologies we develop, test & implement in all of our 9... case studies?
Dive in our brand new #multimedia #experience & discover how we reuse #industrial #wastewater for creating #economic #value!♻️💧
https://t.co/fVFeZPmyeO

📌Make sure to join the WE Workshop on the ...Water-Oriented Living Labs on Sept. 23 to explore how #WOLLs can contribute to a #watersmartsociety & to a #Green & Digital Transition.

📢The EU Commission has published guidelines to support safe #water reuse for #agricultural irrigation. Reusing water... is essential to:

This year, we will award the best 🇪🇺 projects contributing to achieve a Water-Smart Society. More info: https://t.co/HWa2zoNFKo

ULTIMATE is a 4-year Horizon2020 project under the EU Water in the Context of the Circular Economy programme. The aim is to create economic value and increase sustainability by valorising resources within the water cycle.